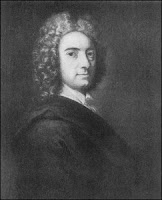 Interesting how many people are gaining awareness of the Law of Attraction and its implications for daily living. That awareness includes some understanding that everyone lives the reality of their expectations and that physical health reflects how a person feels rather than a result of the physical state.

For instance, the May 2009 issue of Reader’s Digest has a survey section on “How You’re Handling the Recession - The Reader’s Digest Version.” There were 14 comments from readers. Four are noted: “I don’t listen to the doom and gloom of politicians,” “Keeping a positive attitude,” “Getting back to the simpler things in life,” and, “We avoid negative media.”

Many people have decided not to participate in “economic bad times” or other undesirable venues. No doubt they have around them people who are fearful of a “recession” or “bad times” or other fiscal/social/health troubles. Chances are these other folks look upon the non-participant as foolish - denying the “reality” of the crisis du jour. It certainly can appear so.

Don Miguel Ruiz observes that no two people see the same thing. When you consider it, how else could it be? We can only perceive what our senses report. Nothing new in that - 18th century empiricist George Berkeley (photo) noted that “The only thing we can perceive are our own perceptions.” It could be discussed that consciousness is an inner experience which “creates” personal reality, or as Berkeley put it, "to be is to be perceived."

That’s not a bold and fringe concept. The May 2009 issue of Discover Magazine features excerpts from “The Biocentric Universe” by Robert Lanza and Bob Berman which posit consciousness as the creative power - “everything we perceive is actively and repeatedly being reconstructed inside our heads in an organized whirl of information.” Following quantum theory, the authors submit that since the act of observation (thinking) establishes the quality of anything (including time) then the “universe is created by life and not the other way around.” Or, as this blogger submits, the universe is a product of consciousness. Consciousness = Life. Obviously there are many degrees of life and consciousness.

Thoughts, then, can be considered consciousness in creative action. Our ability to choose what we’re giving our attention to, at this moment, gives us awesome creative power. What is the mood, or overall feeling, of the Reader’s Digest four compared with that of folks focusing on the doom and gloom information around them? Which is living a more satisfying experience in this moment?

A lot of people are catching on. The world is a lighter, brighter, more cheerful experience. There’s a universe to appreciate - and I've yet to encounter an appreciative person in a foul mood.
Posted by George Sewell at Monday, April 20, 2009