August is a Diagnosis

August is H O T. Many folks this time of year begin their annual longing for September when, you know, Autumn officially arrives. The Equinox is a wonderful thing, but it doesn’t mean COOL, at least here. Cool doesn’t arrive until mid-October.

Years ago I took note of the general aberrant behavior of otherwise sane folk towards the latter part of summer. The only variable was the unrelenting H O T, no Holidays, capricious and teasing rain, and more hot. Therefore such odd behavior was christened “August,” as in “She’s got a case of August,” or, “He’ll survive, it’s a case of August.”

Surviving August is a learned skill. There are some useful tools for adults, however.

Yes, it’s true. For those who are able to enjoy the adult beverage, then it eases the attention on the H O T August. And, we find, can be healthy.

Now there is always the disclaimer about “modest” or “moderate” use (like always having to preference some finding/knowledge with an urge to consult your physician or attorney for medical or legal advice) and it’s self-evident when partaking of this ancient gift of the gods no longer improves the day. 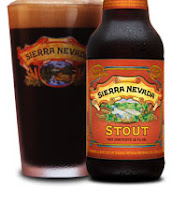 So, if you’re one of those happy adults who can enjoy your brew, then August is a bit less awesome – at least while you kick back and chill. If you’re looking for adventure, investigate Sierra Nevada (Chico, California) Stout – my favorite of their many delectable brews.