So goes the axiom of insight.  I got to thinking about that the other day when I was reading an article about traits of successful people, or something like that.  In the article the author advised against attempting to “think oneself into success,” then alluded to “The Secret,” Rhonda Burns’ movie and book.  The advice was to avoid sitting around the house, thinking about driving a gold-plated car (or something like that, I forget) because it wasn’t going to happen – merely thinking about a gold plated car won’t magically put one in the garage.

I agree.  There’s no such thing as magic.  I disagree with the “don’t think” part.  This is where the author apparently cannot grasp the law of attraction, the basis of “The Secret.”   Before anything can occur there must be a thought.  The thought will automatically fall in sync with thoughts of a similar frequency – hence the phrase “tuning in.”  Nothing magical about that, just physics (and, yes, a thought is an energy frequency.)

The more a thought is held in mind (some use the phrase visualizing) the more distinct the desire becomes; the more focused the resources.  Willie Mays once described how he clearly visualized how he’d steal bases in baseball – and did he ever – 338 of them.  Precision aerial pilots (Think Thunderbirds, Blue Angels) pilot their maneuvers mentally before ever getting into the cockpit.  Visualizing is a powerful manner to garner and focus resources to achieve the desired end.  That’s not wishful thinking and it’s not magic.  It’s using the laws of the universe to create what is wanted.

However...(that’s almost  as strong as ...But...) such practice flies in the face (so to speak) of the belief that there is no gain without pain.  Unless you get a headache while thinking, it’s a waste of time.  In this belief success (however defined) must result from sacrifice and suffering, otherwise, it has no value.   This is nonsense, but a widely held and deeply entrenched belief.  The only way this belief system has to “explain” success is luck, or magic.  Athletes and actors make their efforts appear simple and easy because they are so well practiced and conditioned.  Practice and conditioning are thought processes, aligning resources for a desired result – performance in the game, onstage/on set.  Giving thought to customer satisfaction has been known to grow a business.  However...

If I just suffer enough, then I’ll get my reward.  The reward, by law of attraction, is more suffering.  What is the thought?  What is the thinking?  What is the expectation (feeling associated with a thought?)  Thinking is subtle, more in keeping with quantum physics that cosmology; thinking is gentle and pervasive, not hammered will. 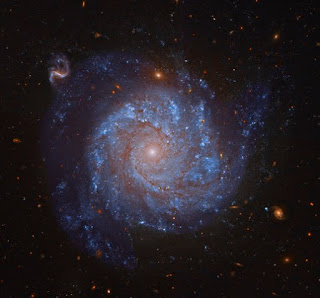