It is rare to find a true HERO of the environment.  But, there is one.

Melissa Greene tells the amazing story of David Milarch in the April, 2014 issue of Reader’s Digest.  Thank you, Melissa, and RD for helping spread awareness of Milarch’s spot-on approach to genuine environment care.

In a world of faux environmentalists, Milarch is the real thing - a burly man who has lived with trees all his life.  The planet wants more trees.  Not just any tree, but the majestic redwoods that shaded the dinosaurs and filled the atmosphere with oxygen (while absorbing gargantuan amounts of carbon dioxide.)  His mission is to clone (graft) as many of the ancient trees as possible to preserve and propagate the species.  More than a plan, it’s a mission.

A recurring theme for many who report a Near Death Experience, is a fresh sense of purpose – a new perspective.  Thus began Milarch’s mission.   A couple of years ago he described his NDE in Guideposts:

Suddenly I felt a hard pulse in my chest, like a thud. I floated from the bed toward the ceiling. I looked down. My body lay in the bed lifeless. I looked awful, bloated, my skin yellow and gray. Like I’d washed up on a beach. Is this it? I thought. My time on earth over?

I felt a touch, gentle, yet firm, on my right arm. I turned to see a beautiful female in a radiant white gown. There was a fragrance, sweeter than any flower. I breathed it deep into my lungs.

“We’re here to help you,” she repeated. To my left there was another female, nearly identical to the first, holding my other arm. Angels? I wondered to myself. What could they want from me?
We left the confines of the house and entered a tunnel of light. The walls were a brilliant white, except for the glow of a thin pink and blue helix running through it. Then we shot off, like we were on the tip of a missile. It scared the starch out of me. But it was only for a few seconds.

I stepped out onto a vista. Below me a white, sandy beach leading to a vast body of water. In the distance a gleaming metropolis, lit by a prism of light, like a sunrise. I felt a comfort I’d never dreamed possible.

Love. Unconditional love. It seemed to flow all around me, like waves caressing me. My sadness, my sense of failure left me. I wanted to stay here forever.

Dozens of light beings, radiant, glowing personages walked toward me on top of the water. They didn’t have wings. They wore white gowns but the light, shimmering around each of them, was golden.

In the midst of them was another angel, a towering presence. He looked to be at least ten feet tall. He was clearly leading the others. Under a dark blue cape he wore a translucent gown of lighter blue.

I heard a booming sound, like thunder. It was the lead angel. “You can’t stay. You must go back.”

“You have work to do,” he said. Work? What kind of work? I didn’t want to leave. But before I could get another word out I was back hurtling through the white tunnel with the first two angels to my bedroom. I lowered back into my body, and then they were gone.

But what was the work I was supposed to do? “Wait! Wait!” I shouted, suddenly sitting upright. 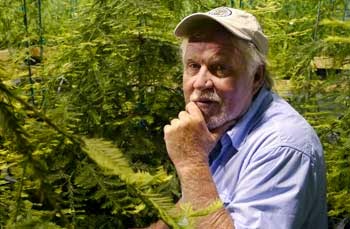 Milarch’s work became obvious – nurse existing giants and propagate them by cloning.  And so he did.  Now the prospect of cloning from the giant stumps of long harvested trees seems dim.  But, driven by his angelic moment, the Champion Tree Project took root, so to speak.  Milarch champions all old-growth species – he’s cloned George Washington’s ash, hemlock and mulberry.  In the late 1960’s Greece presented the United States with a sapling removed from a tree thought to be one that Hippocrates taught under.  Alas, the sapling died.  But Milarch and associates managed to clone the ancient sycamore.  Appropriately, reports Greene, one of the Hippocratic sycamores will be planted at the NIH in Bethesda on Arbor Day. 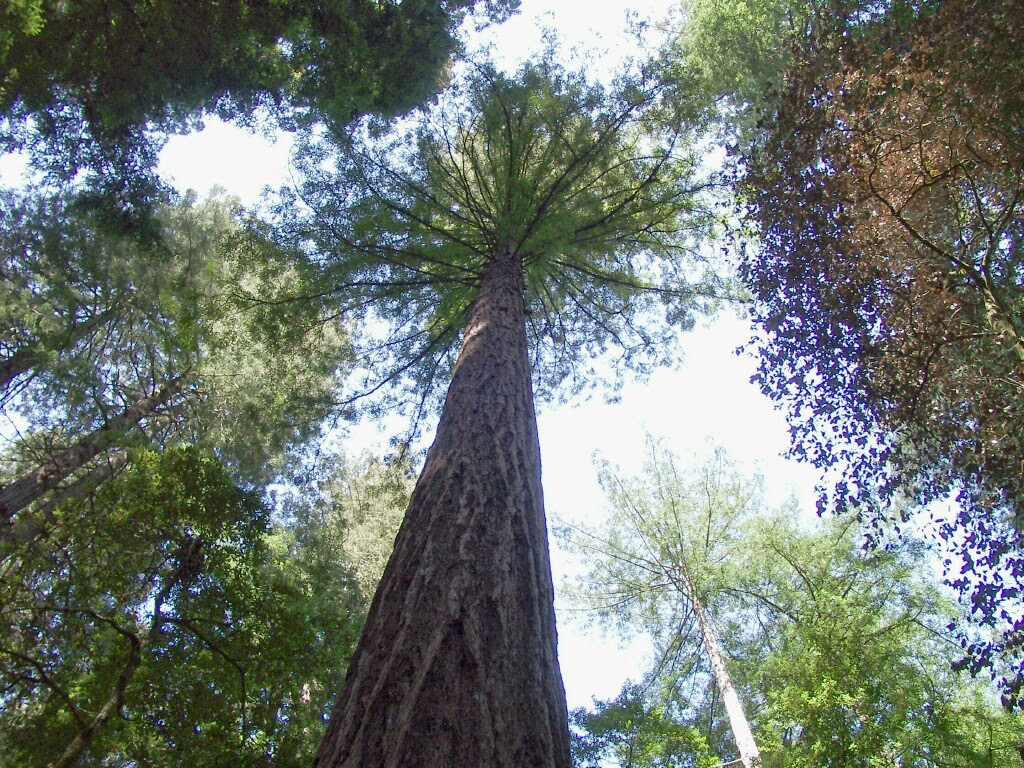 David Milarch – Hero of the Environment.
Posted by George Sewell at Tuesday, April 01, 2014