Hero of the Environment - February 2015

The February 2015 issue of National Geographic featured a photo spread on a looming environmental menace: 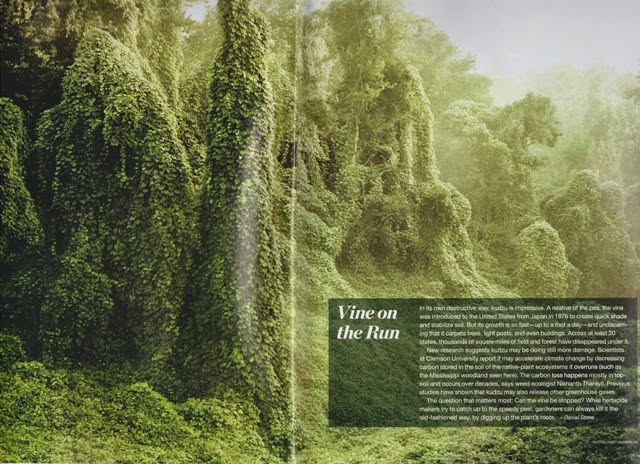 The threat of Kudzu, the wickedly fast-growing vine that literally smothers anything that moves slower (about a foot per day) was well known by the infamous Scotch & Cinema Society.  In its 1980 made-for-cable-television feature video, Walking Gall, kudzu is manipulated by the evil Doktor K in a effort to seize control of a certain city.  A cadre of citizens hazard the landscape and literally attack the kudzu in an effort to root it out.  Thus, we hail these few as Hero of the Environment, for their noble effort.

(Featured in this clip are Chester Delacruz as Dutch Treat leading the charge, and Reece Middleton as Reace DeGrease, rooting for the kudzu.
Posted by George Sewell at Wednesday, January 28, 2015