This fall I will be releasing A Turn at the Point, a paranormal mystery.  Psychologist Harry Wilson is drawn into a multidimensional quest to accelerate the evolution of Homo Sapiens.  What if the life expectancy of human beings could be extended three to five hundred years?  What beneficial perspective could result if people no longer “glimpsed” things in the corner of their eye, but could interact with the life forms in those frequencies?  No longer speculation, an effort to modify the human genome has been underway for over a century.  And, it might just work. 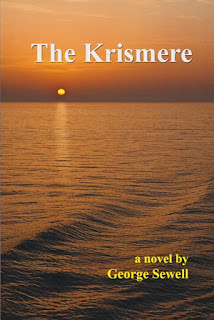 There is a back story for A Turn at the Point, and that is The Krismere, a novel I wrote ten years ago.  I have made a Kindle version of The Krismere, which is now live.  In this suspense thriller and paranormal mystery psychologist Harry Wilson has a strange dream that targets him as an essential component in a black ops experiment.  He is manipulated by a covert alliance of government agencies, select individuals, and a philanthropic institution into an experiment through time to capture data from an event 54,000 years ago that destroyed a high civilization.  Harry is the key for a rare technology to target time and place, then and now.  What unfolds is not according to the design.  The mysterious Rosalyn DuBois and enigmatic Thomas Snead are introduced as well.  They return for A Turn at the Point.

If you want to prepare for A Turn at the Point by reading The Krismere, you can do Kindle, or if you prefer paperback, it is still available here.

UPDATE:  As "A Turn at the Point" moves closer to release, it's time for a tease!

From the corner of his eye, psychologist Harry Wilson glimpsed something.  The fleeting image heralds an entrance into the paranormal where Harry encounters people who have something in common despite separations in time and space.  Pieces of a grand puzzle fall into place, revealing the next step in evolution for Homo Sapiens, at an interdimensional roundabout known as the Point.


And,  a work in progress is artist Timothy Higgins vision of the cover: 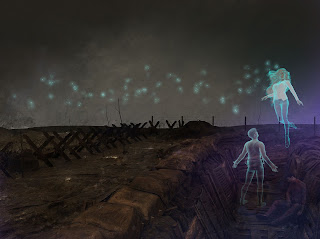