There is certainly a bevy of Thoughts to bump around December nights to conclude 2012.

I waited for the crowds to shrink and they hype to cease before taking in Steven Spielberg’s long awaited rendition of Abraham Lincoln.  As one who loves history, I’m intrigued with Lincoln and this year we trekked to Springfield, Illinois to visit the Lincoln Presidential Library and Museum (a must do) and the site of his early years in New Salem, Illinois.  In years past we visited Mary Todd (Lincoln) home in Lexington, Kentucky.  So, in a sense, there’s a familiarity with the 16th President.

The movie is splendid.  Daniel Day-Lewis has forever brought Lincoln to life.  Soft, subtle, firm, kind, and, focused.  He is matched with Sally Field’s Mary Todd.  I’ve enjoyed many of David Strathairn’s works, but his William Seward is masterful.  No point in listing the entire cast.  Spielberg always casts well and he is on target with this masterpiece.

I particularly liked the visual feel of the film – if one could look back in time and see these moments as they unfolded, this is what would be witnessed.  This is mid-nineteenth century USA.  These are the people who, for better and worse, molded those decades.

Plot wise, it’s about the sausage process of getting a lame-duck House of Representatives to pass by 2/3 margin the 13th Amendment to the Constitution – outlawing slavery.  Lincoln explains in magnificent legal thinking why this must be done – now – despite clamor to the opposite.  High drama.   Few grand sweeps of the camera; what little Civil War scenes intrude are prelude and background.  The war always occupies the background fabric, Spielberg doesn’t grind it more than necessary.  Even though you know how it ends, you still wonder.

If for nothing else, see it for Lincoln’s final words as he leaves for Ford’s Theatre.  And the walk, oh, the final walk out of the Executive Mansion...

(Update) We have the benefit of time and perspective to appreciate the 13th Amendment.  A contemporary equivalent would be a Balanced Budget Amendment, forcing the Federal government to spend no more than its revenue.  It would be good for the nation in the long run but imagine the short term interests and oppositions.

The Last Lion – Defender of the Realm. 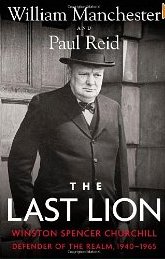 The second volume of  the late William Manchester’s chronicle of Winston Churchill.  I was enthralled with the first volume of young Winston (quite the Victorian.)  This volume using Manchester’s notes and early drafts completed by his colleague Paul Reid, covers the years 1940 to 1965.  Richly detailed, historically gossipy, balanced, and always in context, this is a delicious read.  I’m just barely past the long sought entry of USA into the war.  Lots of insight into the various historical characters and their interplay.  No P.C., just history.  Oh, I also like Churchill.

(Update)  Hmmm, perhaps Mr. Spielberg has another movie in mind... 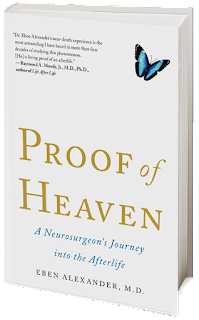 I enjoyed this.  Before I comment, here’s the website summary:  Dr. Alexander, a renowned academic neurosurgeon, spent 54 years honing his scientific worldview. He thought he knew how the brain and mind worked. A transcendental Near-Death Experience (NDE), in which he was driven to the brink of death and spent a week deep in coma from an inexplicable brain infection, changed all of that – completely! He was shocked to find the hyper-reality of that spiritual realm, which many had reported in NDEs. He has spent the last two and a half years reconciling his rich spiritual experience with contemporary physics and cosmology. His spiritual experience is totally consistent with the leading edges of scientific understanding today.

I’ve read a fair amount on the NDE subject and talked with several people who’ve experienced what that phenomena describes.  There’s more reality to that, in my view, than in tortured twisting of materialism to discount the importance, let alone presence of Consciousness.  Dr. Alexander knows the brain and medicine.  The book is a good read on many levels.  There are aspects of Dr. Alexander’s life that will ring with many – his adoption, for instance.  And a revelation (of sorts) saved for the final chapter regarding the butterfly entity that shepherded him in his explorations.

(Update)  Three themes are repeated to Eben during his sojourn that are common to many NDE's:  You are loved, there is nothing to fear; you can do no wrong.  The themes can only be understood in that larger context.
Posted by George Sewell at Monday, December 10, 2012