The Golden Rule is perhaps the finest “day-to-day” philosophy for successful living known to us.

There is a huge difference between living “don’t do to others what is hateful to you” and “do unto others what you would have them do unto you.”  In the former (and older) “I disagree with you!  I want to punch you in the nose!  But I won’t, because I don’t want you to punch me.”  What’s the deal?  A focus on the other person and what he/she is doing that offends the observer.  The emphasis is on the action – punch the nose!  That’s where the emotion lies.

Contrast with the latter (Jesus version) “I treat you with love and respect as this is how I wish to be treated.”  Focus in on the individual not the other/outer person/situation.  Action?  I think and act as I wish to be, and allow you to do the same (uh, “art of allowing?” anyone?)  Person acts, rather than re-acts to what is observed in others.  Huge, huge difference.  And, not everyone gets it.

I had one of those "back to basics" moments the other day while strolling around the neighborhood.  The pavement, the trash containers, the street light poles, the automobiles, the roofs, the doors, the door knobs, the sidewalks...everything comes from Earth.  The tires on the car.  The radio.  My smart phone.  Plastic.  Beer.  Steel.  Paper.  Cloth.  Our wonderful standard of living is provided.  All that was necessary was to learn how to use it. 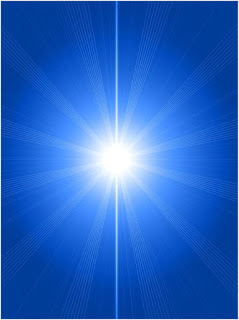 Learn.  What is that?  To be conscious.

Well, yes it is a question.  To tolerate means, in this sense, to endure and put up with someone/something (unhappily.)  In effect, “I don’t like (it, you, them, etc., ) but I won’t (can’t) waste anymore of my time fussing with (it, you, them, etc., )  Toleration is a quantum improvement over attacking, fighting, resisting, against anything that displeases you, or is not aligned with your usual way of thinking (a.k.a. belief.)

It’s axiomatic that anything someone wants and does is rooted in an expectation that he/she will feel better for having it.  There’s nothing complicated about this.  How often have you had the thought “I’d be better off if only (it, you, them, etc.) would ________ (fill in the blank.)  There’s a contradiction at play that cancels the desired good feeling – the focus on the mischief/mis-deed/whatever about (it, you, them, etc.,).  Just as two physical objects cannot occupy the same space at the same time, it’s not possible for a good feeling and a negative (bad) feeling to occupy the same attention at the same time.  Thus the problem with toleration. 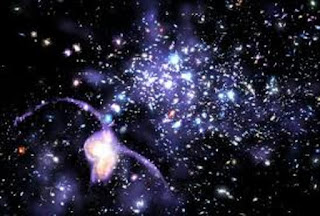 Toleration is a good thing.  It beats the heck out of a never-ending struggle and resentment towards (it, you, them, etc.,).  Toleration creates literal time and energy for the pursuit of happiness.  Think about it.  For this reason, tolerance is considered a virtue, and it is, compared to ardent struggle.  Becoming more tolerant results in greater physical relief, not to mention emotional and mental benefits.  Note:  Many people have a belief system that uses the word “forgiveness” in a similar vein as tolerance.  Forgiveness works wonders provided it’s understood to benefit the forgiver and not something for (it, you, them, etc.,).  Forgiveness, and tolerance, are often considered “letting (it, you, them, etc.,) get off of the hook, or getting away with something.  Not at all.  It’s a shift from giving attention to something disturbing to something preferred or desired.  That shift in itself is quantum.  It gets better.

There is a strata of perspective a notch above toleration.  It’s called Allowing.  Someone eaten up with resentment may, in a moment of frustration, comprehend the concept of toleration or forgiveness.  It’s unlikely, however, they could grasp a concept of allowing at that moment.  Someone who has developed the ability to tolerate (it, you, them, etc., ) may be able to catch a glimpse of allowing.

The difference between the two is subtle yet vast.  Very similar to the subtle yet vast difference between a thought of that which is hateful to yourself do not unto another and do unto others as you would have them do unto you.  Toleration carries with it the idea, the memory, the picture of whatever it is about (it, you, them, etc., ) that offends/angers you.  Allowing is free of that burden and (it, you, them, etc., ) are allowed to be what/who they are – sans judgment.

It’s the without judgment part that blocks access to this level of thought for many people.  Allowing and judging cannot occupy the same mind at the same time.  To judge is to seek and find fault, however defined.  The solution is for the judged to correct the “fault.”  For instance, in New York city there was a ruckus over newborns having formula for food.  Who decides if a newborn is breast or bottle fed?  In this spat the judgment is from the state (city government) to force the mothers to breast feed by making formula very difficult to access in a city hospital.  Is this justice?  It is judgment.

So, the value of any judgment is relative to who/what is judging and who/what is judged.  Floating just above that clamor is the old adage live and let live, which is an application of Allowing.

The subtle difference between tolerance and allowing is very similar to the distinction between being grateful for something and appreciating something.

The bottom line is that many people deprive themselves of joy simply by the manner of their thinking.