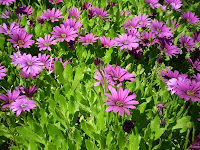 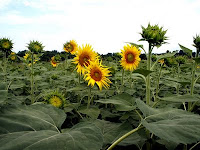 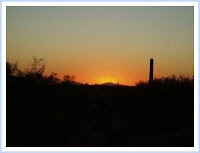 The other day I was asked the difference between a rut and a routine. The gist was that people who are routine are actually in ruts. I disagreed. A rut is not the same as a routine, although some folks might confuse them.

A rut is a seemingly endless cycle, or repetition, of the same-old same-old, that isolates a person mentally and emotionally. Ruts are created by dwelling on a particular thought/belief/image to the exclusion of other thoughts, etc. A rut is self-reinforcing. Escape from the rut is envisioned through some external rescue or event. One of the longest running ruts is dwelling on a hostile, random, separate, universe with survival as the goal.

Cease dwelling on a thing and it no longer is the focus of attention. Which means you see less of it. Which means you experience less of it. We have the great power to choose to think about something else at any given moment. If the rut is ugly, nasty, or wicked, then thinking can be directed towards something more pleasing. It doesn’t matter what such a thought may be; only that it’s a degree above the rut-thought. And that’s how someone “escapes” a rut – they literally think their way out of it. Or, it dissipates around them as they become more aligned with an improved thought process.

People create routines to accomplish certain tasks - which frees their thinking for more deliberate thought. A routine is created to permit more thinking. What shoe did you put on first this morning? It’s a routine; you didn’t have to deliberately think about putting on your shoes, which freed your mind for other pursuits. Routines can be changed as needed. If ruts could be changed, well, they wouldn’t be ruts.

The photos are of pleasant things. Even in the deepest rut thinking there is always something more pleasant to consider for the moment. That pleasant moment can lead to another pleasant moment, and on and on. Granted, some ruts are deep – I know a person who went through much of her life never seeing trees, despite living in Louisiana. The trees, of course, were all around, but since her thinking was elsewhere, she didn’t know of them. And some folks manage to see right through a sunset.
Posted by George Sewell at Friday, July 18, 2008